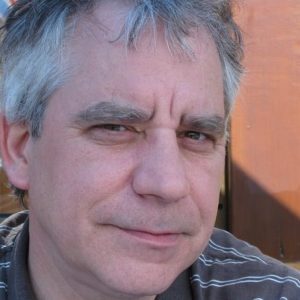 Simon Plouffe is an independent mathematician born in St-Jovite Canada and now living in France. In 1995 he published with Neil Sloane, The Encyclopedia of Integer Sequences. The EIS was then put on the internet just after the publishing and became the OEIS, a central reference for sequences, as of today more than 7000 users are feeding the OEIS every day. In 1995 he found a formula and algorithm for the computation of the n’th binary digit of π ,and later in 1996 an algorithm for base 10. He worked on a program (with Bergeron, Salvy and Zimmermann) called GFUN which is capable of finding a formula for a sequence given a few terms. The package is now a standard issue in Maple and Mathematica and is used in the OEIS. Most of the findings and discoveries were made using Maple and experimental techniques. In 2016 he became professor at Université de Nantes (IUT). In 1995 he opened the Inverse Symbolic Calculator web site, renamed later : Plouffe Inverter in UQAM. Part of the database is now on his own web site. It contains 11.3 billon entries, the full database has now 17.5 billion entries. These engines contains mathematical constants and are used to find formulas and identities, many of them are currently within Wikipedia web. At age 19 he had the Guinness World Record for memorizing π to 4096 digits.

Use this hashtag to share and exchange about the Conference on Applications of Computer Algebra (ACA) 2019 held in Montréal, Canada.